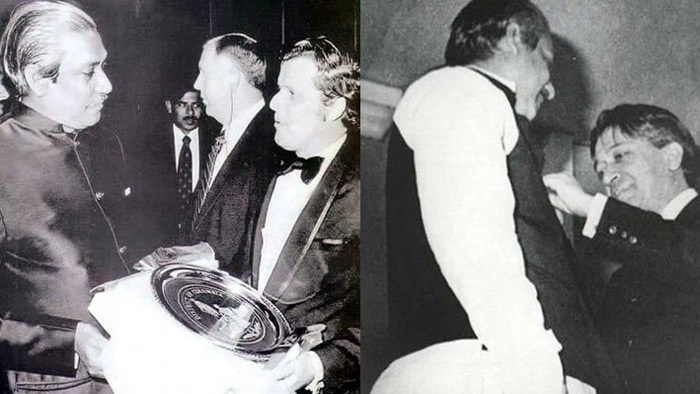 Londonঃ “Father of the Nation Bangabandhu Sheikh Mujibur Rahman’s lifelong political struggle for democracy, human rights, secular and inclusive values was profoundly rooted in his non-violent and peaceful political philosophy that found global recognition 47 years ago in the Julio-Curie Peace Prize, one of the highest global recognitions for contribution to peace”, said Bangladesh High Commissioner to the United Kingdom Saida Muna Tasneem while addressing a panel discussion on the occasion of the 47th anniversary of Bangabandhu’s receiving the Julie-Curie Peace Prize.

The High Commissioner further commented, “Commemoration of Bangabandhu’s receiving the Julio-Curie Peace Prize is a strong reminder that Bangabandhu Sheikh Mujibur Rahman was not only the greatest Bengali of all time, but also one of the greatest global statesmen and champions of peace and civil rights in the ranks of Nelson Mandela, Martin Luther King JR, Jawaharlal Nehru and many more”.

The High Commissioner also reflected that Bangabandhu, who had always pursued a peace-centric, non-violent Gandhian political philosophy, spent one-fourth of his life-time imprisonment and went into several hunger strikes for peaceful protests against injustice, oppression, repression and discrimination of the Bengali people.