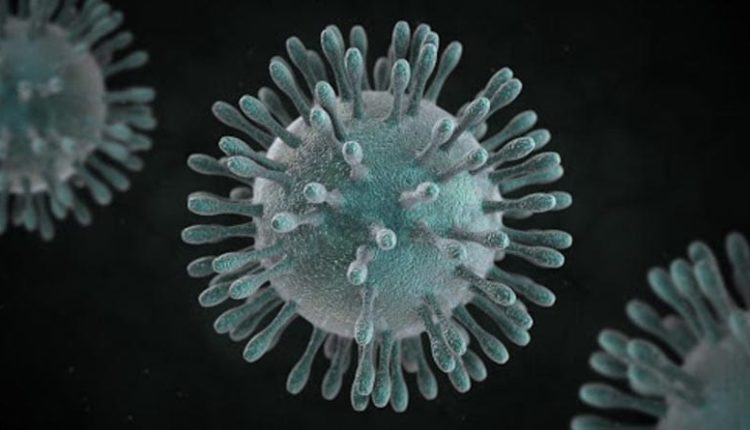 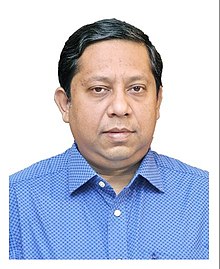 With COVID-19 now officially an epidemic in Bangladesh, we keep on asking what went wrong, what’s coming, are we ready, what more can be done and so on so forth. While we can raise fingers to certain delays and few incoordination, the successes of Bangladesh are also plenty.

One such aspect is the response of Bangladeshi Muslims to COVID-19. While in Pakistan the Islamic scholars have announced that they are not going to offer Tarabi namaz at home in defiance of a request from the government, we have seen an opposite stand by the Islamic scholars at home.

In fact fatwa by the Grand Mufti of Saudi Arabia Sheikh Abdul Aziz Bin Abdullah Al Sheikh has also not proved sufficient. The Saudi’s had to impose ban on prayers at Harem Sharif and Masjid E Nabubi in Madina and even curfew at one point to keep the devotees away from the mosques. Similar measures were also implemented by the Sindh provincial government of Pakistan.

Even when the Saudi Grand Mufti requests people to offer Tarabi namaz and if need be, the namaz of Eid ul Fitre from home, in response to query from the Ministry of Islamic Affairs of the Kingdom, in order to ensure that people abide by his fatwa, it has also been announced that unlike other years, iftar this year will not be served at the Masjid E Nabubi.

So the obvious question that comes to one’s mind is why Bangladesh remains an exception? Here the government has not imposed any ban. Only there has been repeated requests from all quarters concerned, including from the Hon’ble Prime Minister herself to the people to offer prayers including Jumma, Shab E Barat and Tarabi namaz from home.

In Bangladesh also initially we have seen some resentment, but eventually people have mostly complied. Unlike the initial Fridays under lockdown, we now see vast majority of the people complying to the request to offer Jumma namaz from home. Even on Shab E Barat night, although few still decided to offer namaz in jamats on their rooftops, in the mosques including at Baitul Mukarram, our national mosque, we saw a handful of devotees offering namaz. And to attain this compliance, the government neither had to impose any ban, nor curfew.

So the question that comes to mind is how Bangladesh could achieve this? Contrary to what many would like to believe specially in the West, Islam is a very liberal religion by all means. The instructions as to how a Muslim should practice religion and not only so, how he/she should face times like the present continuous one, are loud and clear in Islam. Recently amidst the ongoing COVID-19 pandemic, we have experienced that during Azan in Kuwait it was uttered, “salatu fi buyutikum” or “say your namaz from home” instead of “haiya allal salah” or “come to mosque to say your namaz”.

Not being an expert in Islamic studies myself, I shall refer to what I have learnt from deliberations by Islamic scholars in this regard. I have heard them quoting from Bukhari and Muslim Sharifs, that once on a very cold winter morning, while giving the Azan for Fazar namaz, Hazrat Abdullah Ibne Omar (R:) added, “offer your namaz from home”, so that people do not catch cold, while coming to the mosque to offer namaz in jamat.

Similarly it has also been quoted from Bukhari and Muslim Sharifs that sahabi Abdullah Ibne Abbas also gave similar instruction to his Muazzin during Azan once, since it was raining very hard on that day. In fact Hazrat Mohammad (S:) himself did the same and had asked sahabi Hazrat Belal (R:) to give similar Azan on a rainy day. .

It is mentioned in Bukhari Sharif that sahabi Amar Ibne Shuaia has said that he heard from his father and grand father that once the members of Bonu Sakib tribe went to see Prophet Hazrat Mohammed (S:) at a mosque to covert to Islam. Of them one person was suffering from leprosy. When Prophet Hazrat Mohammed (S:) saw him from a distance, he asked one of the sahabis to inform that particular person that he has been accepted as a Muslim and that he should leave.

During those days leprosy was considered to be an incurable disease and Prophet Hazrat Mohammad (S:) did not want to put others at risk by admitting that leprosy into the mosque. It has also been described in Bukhari Sharif that Prophet Hazrat Mohammad (S:) once said that if someone is compelled not to pray due to illness, he will get the same sawab of praying by not praying.

Prophet Hazrat Mohammad (S:) has also advised to maintain distance from any leprosy just as one should distance himself from a lion. It is also Hazrat Mohammad (S:)’s instruction that, one who is sick should not make others sick. He even went on to advise that one should never travel to a place where there is outbreak of plague and if plague comes to one’s own place, then he should not leave that place.

This is nothing but ‘lock down’ of today’s time. And all these have been quoted from Bukhari and Muslim Sharifs. This is the reason why Hazrrat Omar (R:), despite request from Hazrat Abu Obaida (R:), decided to return from Syria without conquering the region since there was an outbreak of plague there. Not only so, it has also been described in Hadis that if someone suffering from infectious disease keeps himself confined at home and dies, he will get be considered a Shaheed. What can be more rewarding for a devoted Muslim to ‘home quarantine’, as we call it today.

The history and the teachings of Islam remain the same in the Middle East and Pakistan. So why Bangladesh and why not there? The answer is multi-dimensional and we have to start from the early days of Islam in Bangladesh to find out the answer.

In today’s Bangladesh, Islam was neither spread by the Wahabis, nor with the might of sword. It was Saints like Hazrat Shah Jalal (R:) and his 360 accompanying Saints as well as, Hazrat Shah Amanat (R:) along with the 12 Saints accompanying him, who spread the messages of Allah and Islam in the then Bangladesh.

Because of these Saints and their peaceful approach, the influence of Sufi Islam and the true spirit and teachings of Islam have prevailed in Bangladesh and among majority of the Bangladeshi Muslims. There has however been a constant injection of Wahabism in our society after the partition of India.

Followers of Maulana Maududi’s school were patronized by the Pakistani rulers after the Muslim League totally lost grip in the Eastern wing of Pakistan. We believed that we had finally defeated Wahabism in Bangladesh once and for all in 1971. However we were wrong and Wahibism and Maududi’s preaching prevailed with state patronization in Bangladesh after the assassination of Father of the Nation Bangabandhu Sheikh Mujibur Rahman in 1975.

Besides Bangladeshi expatriates having spent decades in the Middle East, have also unknowingly patronized Wahibism in Bangladesh. They return home, after long years of stay in the Middle East, turning affluent and influential and with teachings of Wahabism, which they learn to admire as they have spent the prime of their youth in the ‘Wahabi-land’.

Finally we also have the a Muslim population in few of our districts bordering India, who migrated to East Bengal from the West during the bloody partition of India and Bengal in 1947, and hence have nurtured a confused perception about secularism.

This however does not mean that the society in Bangladesh has extensively radicalized. Rather it is the other way round. Centuries of practice of Sufi Islam, the brutal experience of Wahab rule during the 24 years of Pakistani occupation and specially the crimes against humanity to which the majority Bangladeshis were subjected to, despite being Sunni Muslims during the 9 months of the liberation war of Bangladesh in 1971 and finally unhindered state sponsored practice of Bangabandhu’s secularism for the last eleven years, where practice of religion is favoured at the individual level, but excluded from determining state policies, ultimately helped the unique blend of Sufi Islam and secularism to prevail in Bangladesh.

Another factor that helped the cause is perhaps the inclusive and non-exploitive policy adopted by Hon’ble Prime Minister Sheikh Hasina. When successive governments in Bangladesh since the assassination of Bangabandhu, exploited the Kawmi madrasa based section of Islamic Scholars and Islamists of the country for their own gains only never paying any ear to them, Sheikh Hasina adopted a totally different policy.

Instead of alienating this force, she brought them on board into the main stream, with a key policy decision being recognition of the degrees awarded by the Kawmi madrasas, thus allowing this section of our population to join the main stream. So despite the unprecedented rampage by the Hefazat E Islam activists in the heart of Dhaka city in the not too distant past still bright in our memories, we now see most of them supportive of most of the initiatives taken by Sheikh Hasina’s secular government. This includes Fatwa by the Amir of Hefazat E Islam Allama Shah Ahmed Shafi asking the Muslims to pray from home.

Sheikh Hasina’s handling of the drift in Tableeg Jamat also remains exemplary. Instead of playing with the split, her administration maintains a buffering effect, which has been appreciated by both schools of the Tableeg Jamat. That is why we saw them issuing instructions to their followers to abandon Chillah and return home to ensure physical distancing as requested the Ministry of Religious Affairs of the government.

It can not be said that the Bangladeshi Muslims have in hundred percent cases maintained physical distancing. The much talked about Dua Mahfil in Lakhkhipur and the recent Namaz E Janaza in Brahminbaria are clearly gross violations of that and won’t at all help the cause of containing SARS CoV-2. Having said so it also need admission that these are exceptions and not the rule and took place in such geographic locations of the country where the above examples of Wahabi influence in Bangladesh apply fully.

Although apparently very homogeneous, a suttle tussle between the Sufi and Wahabi schools of Sunni Islam persist in Bangladesh. After all we must not forget that Bangladesh is the only country in the world that has witnessed worst possible brutality by Sunnis over Sunnis in 1971.

However history testifies that whenever this concept has been subjected to acid test, Sufi Islam and has ultimately prevailed in a secular Bangladesh, one of the reasons why Bangladesh has successfully overcome many challenges in the past including in 1971 and will also overcome more such challenges, including the COVID-19 pandemic in the foreseeable future.