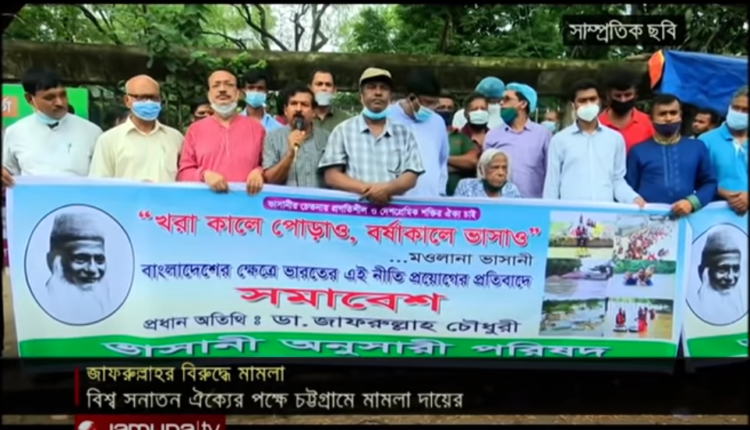 London: The UK based minority rights group ‘Campaign for the Protection of Religious Minorities in Bangladesh’ (CPRMB) has condemned Dr Zafrullah Chowdhury’s recent remarks about Hindu holy books Ramayana and Mahabharata in a press statement issued on 22 August.

The CPRMB statement said that the founder of Gonoshasthaya Kendra, Dr Zafarullah Chowdhury, spoke offensively at a rally in front of the National Press Club in Dhaka on 9 August with the intention of hurting Hindu religion. Dr Zafarullah Chowdhury’s comments were reported widely in various television channels and newspapers. The Ramayana and Mahabharata are regarded as two of the foundations of Hinduism. Dr Zafrullah Chowdhury, addressing a programme organised by the Bhasani Anushari Parishad, criticised establishing of a Ram Mandir in India based on an ‘imaginary tale’. Making derogatory comments about the Mahabharata and Ramayana has caused offence to countless followers of Hinduism added CPRMB.

Dr Zafrullah Chowdhury was sued in Chattogram on 19 August 2020 for hurting religious sentiments of Hindu people and defaming the community with derogatory comments. A Chattogram court took cognisance of the defamation charge and ordered Chattogram Metropolitan Police’s Detective Branch to investigate the case.

When contacted, Dr Zafarullah said, “I didn’t say anything against any religion. I don’t have anything against any religion. I don’t know who filed the case. I don’t think there is justification in making the complaint. Anyone willing to talk to me [about this] can talk to me.” The CPRMB strongly condemns Dr Zafrullah Chowdhury’s remarks about Hindu Holy books and also demands justice for hurting religious sentiment and defamation of the Hindu community. The statement was signed by its president Debashish Das and General Secretary Ajit Saha.