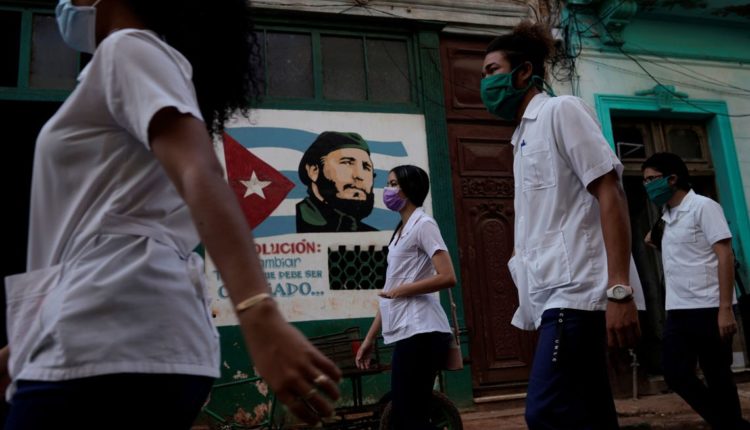 How Cuba responded to COVID-19

Developing countries have in common the scarcity of economic resources, which translates into a lack of molecular and serological tests, absence of adequate supplies to ensure the safety of healthcare workers, a lack of places and conditions to isolate large populations and even more importantly, a lack of trained healthcare workers and even their trainers. Therefore, a plan focused on preventing and mitigation of the problems related to the high incidence of SARS-CoV-2 is of paramount importance. Positive experiences from other developing nations are always welcome and should be considered without delay. It is very important to assimilate the best experiences of the world to be successful in the organisation and to conceive effective strategies both, at the government as well as at the people’s levels.

The Cuban experience in the fight of SARS-CoV-2 deserves to be studied and positive aspects of their successful experience need to be carefully examined. The number of COVID-19 patients in Cuba reached 1,800 cases in the last days since the start of the detection of cases, about two months ago. This country has demonstrated that the epidemic can be controlled on the basis of an effective prevention and mitigation plan as well as due to the active role of the people accomplishing the strategy designed by their authorities. The number of confirmed cases has consistently declined to levels between 6 and 20 in the last week.

Cuba is a developing country under economic blockade for more than 60 years. Positive experience from a country with so many limitations and controlling this dangerous epidemic deserves attention and creates a positive perception that the uncontrolled spread of SARS-CoV-2 is not a necessary misfortune.

Cuban authorities developed a social communication campaign aimed at creating an environment of trust and security that allows preparing the people to inspire their participation (Nelson Mandela always used the inspiration of their people to start overcoming their problems). The strategy of the government and sanitary authorities is that a population witnessing the organisation of their authorities can be encouraged to participate. The participation of the masses is essential in this fight. Information is fundamental. However, the alarm created by the global media only contributes to their economic success. However, it does not translate into a benefit, generates panic in the population and individualistic and disorganised actions affecting the scarcity of resources more.

Doctors, nurses, medical and nursing students, and healthcare workers in general along with the community leaders have been trained in Cuba to take immediate action and work with agility and precision to detect, isolate, control and follow the confirmed coronavirus cases. The activities developed at the core translate into efficiency for the complete system. It is difficult to find a primary healthcare system with the proportions of the Cuban family doctors program in other developing nations; it is demonstrating their values at the right moment. Although this is not easy to replicate, it is possible to study the measures that were established for systematic control in all areas and how its implementation has been ensured. Providing necessary assurances and controlling training actions at different levels have been the weapon that has avoided risking the lives of health workers and has successfully ensured containment of the epidemic in Cuba so far. This favourable situation has allowed Cuba to send hundreds of doctors and sanitary workers to more than 20 countries since the start of the pandemic – in addition to the 60 countries that already benefit from brigades of healthcare workers from the island nation.

A number of actions have been put in place in Cuba to isolate coronavirus patients and also their close contacts, regardless of whether they have symptoms. It is the asymptomatic case that infects others because the patient does not know about his or her condition. To a large proportion, such persons remain unknown if a follow-up system of contacts is not implemented. In this way, Cuba ensures that the economic investment made in detection has a greater impact since coronavirus patients, obligatorily but consciously isolated people, as well as their contacts, are no more a source of new infections.

For the isolation of SARS-CoV-2 positive patients, large hospitals have been selected and assigned; some of them military hospitals. A country like Bangladesh with a scarcity of resources cannot build large hospitals in 10 days. However, a rational administration and the prioritisation of resources nationwide may allow this. Close contacts of coronavirus patients are treated with security measures in places where food is guaranteed; free stay is ensured also.

The professionals in charge of taking care of patients, risk contacts and suspects rotate every 15 days and 1 month, and they are PCR-tested when leaving these red areas to their isolation places, far from home. In Cuba, they are considered heroes, and their sacrifice is publically highlighted by the media. These professionals are checking the vital parameters of coronavirus patients at the hospital red areas. They are also working to normaliser blood pressure and sugar levels in the risk contact group to reduce the risk of death even if someone gets infected. This may seem costly, but actually it is not costly at all. Controlling the epidemic and avoiding the deterioration of every patient is the greatest saving of resources and the quickest way to reopen the economy as soon as possible. The resources are scarce today in the world and prevention is essential in every step of the chain. Now the COVID-19 mortality rate in Cuba is nearly 4 percent, which is lower than other developed countries.

In isolation centres, diagnostic tests are guaranteed at no cost to patients between three and six days after their arrival or after the onset of symptoms in patients with respiratory problems. The patients with negative test results are sent back home where they must remain in isolation for another two weeks under the control of community healthcare workers because even the most effective PCR-based diagnostic systems have a percentage of false-negative results. Alternatively, in case the patients test positive, Cuba ensures they are already at the isolation centres almost near day zero.

A large proportion of detected cases in Cuba is asymptomatic and was already isolated when their test results came out positive. And ensuring the tracking of close contacts is a system that requires a serious and systematic effort to stop the spread of this fatal disease. Cuba has shown these can be done.

Julio Cesar Aguilar Rubido works at the Centre for Genetic Engineering and Biotechnology, Havana, Cuba. Sheikh Mohammad Fazle Akbar is a researcher at the Ehime University in Japan. Mamun Al Mahtab (Shwapnil), a hepatologist, is currently working as the chairman of the Hepatology Department at the Bangabandhu Sheikh Mujib Medical University.