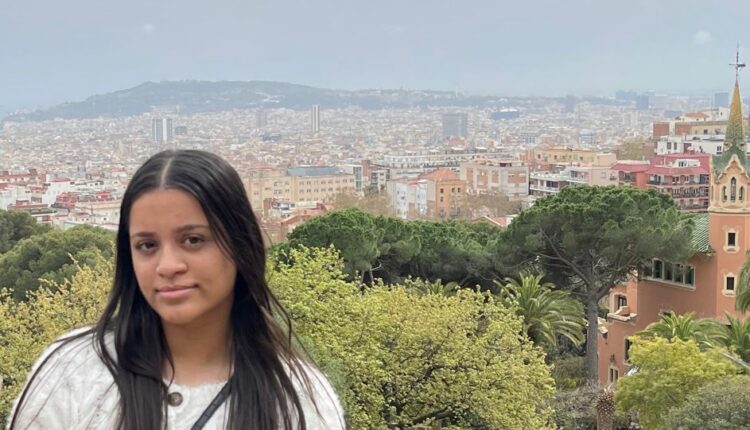 London: Rafa Haque, 19 years old, grew up in Walthamstow, East London, but now living inIlford, East London, likes singing original folk songs, Rabindra Sangeet (Tagore songs), Desher gaan (patriotic songs) and Nazrul Geeti (Nazrul songs). She has been singing from around 8/9 years old. She used to sing group songs with the local Bengali community organisation, Bengali International. Then she started doing solo songs with her teacher Mita Taher. Her auntie Koli encouraged her to take up singing because her cousin was learning singing at the Bengali International school while learning how to read and write Bangla. Mita Taher acknowledged Rafa’s talent and offered to teach her privately from the first time she joined the group singing section of Bengali International. She was fond of attending the Bengali International centre because it taught her from an early age to appreciate her culture, the struggle it was for her parents to migrate to a new country for their children, and the battle for Bangladesh to become independent. 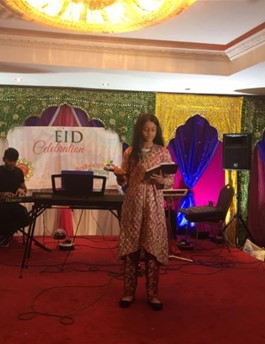 Rafa enjoyed music as a topic in school, playing different instruments such as the piano and singing English songs, but did not think she would do Bengali music until she started learning about Bangla songs. She likes listening to and composing pop music, her favourite singer is Ariana Grande, and she also enjoys musical theatre, performing and producing at many school-produced theatre shows.

She was born and grew up in the UK, speaking Sylheti Bangla. She understands standard Bangla to a certain extent but does not speak very well. She can read and write Bangla. She learnt how to sing in Bangla from her teacher, writing down songs in the English transliteration and it helped her with the pronunciation if she needed it. She can also play the harmonium while singing the Bangla songs and can pick up how to play melodies pretty quickly. 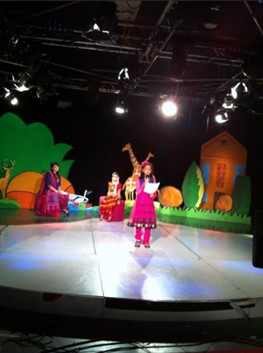 She is currently a first-year university student at the London School of Economics and Political Science, studying Economic History and Geography. She still likes to sing in Bangla and engages in music societies at her university, where she sings and plays the piano. Rafa enjoys singing in Bangla, occasionally singing for her family at family weddings, and enjoys attending the Bengali society events at her university, as well as becoming friends with fellow Bengalis.

Rafa wishes to carry on singing and bring the culture to the next generation. She is proud of being Bengali and enjoys being around people of her culture. She teaches her little cousins songs and poems in Bangla. Her cousins think she is cool singing in front of large audiences, and they like her voice.

Rafa participated in recording and filming a music video for a British Bengali song about being a Bengali living in Britain but also being raised in the Bengali culture. Her mum tells her about new songs she should learn, and she also listens to some songs on YouTube. Her dad shows her the good Bengali singers, and she requests to learn their songs from her teacher. She does not have a favourite singer in Bangladesh as she does not always know their names, but she knows their music. 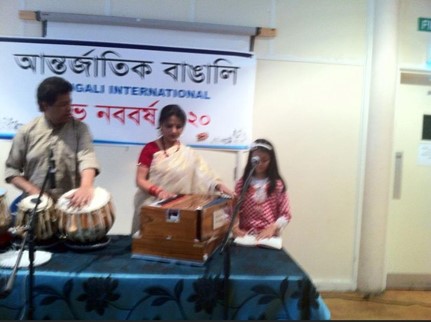 Rafa likes her cousin Nish’s songs because he fuses the modern-day pop genre with the old cultural folk songs, which she finds is very catchy. She is pleased that it encourages the newer generation to listen to Bangla music and be proud of their culture. For her music GCSE composition piece, Rafa took inspiration from her cousin Nish and fused a classic Indian raag with a pop twist; she took her harmonium into school and composed this piece by herself. 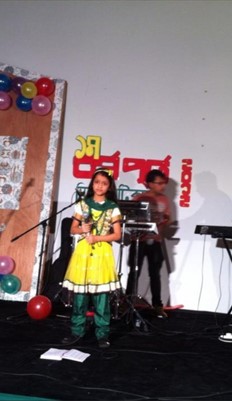 In the future, she wants to continue with Bengali music and also, one day, possibly teach. Difficulties she has encountered in singing in Bangla are pronouncing certain words, singing on higher scales/notes, and runs and riffs. She always finds out what the songs mean and implements the meaning to perform with certain emotions. She loves Bengali music because she is proud of her culture’s traditions, but also because it makes her parents proud. Rafa did get nervous sometimes when performing in front of large audiences, but after several years of experience in singing, she got used to it and said it built up her confidence in not only performing but public speaking. Her favourite Bengali singer now is her cousin Nish!