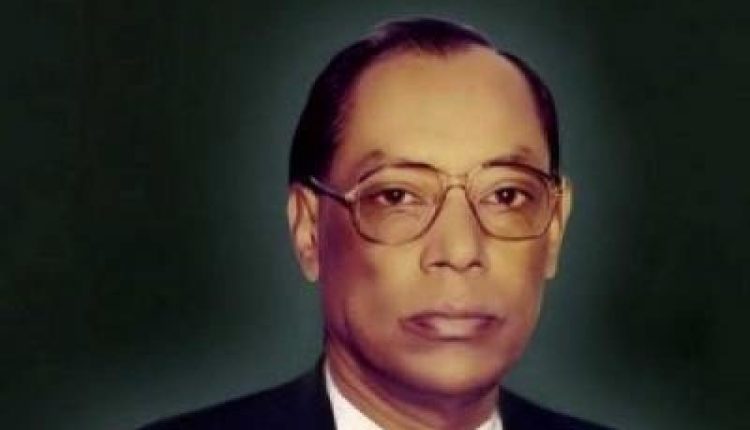 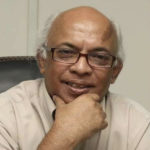 Let me celebrate a decent man this morning. Let me remind myself that in his passing, we have in this country lost yet one more gentleman in the fast depleting species of gentlemen. The first time I saw Dr. M.A. Wazed Miah was on a day in early 1991. It was not a meeting. Neither did I know, as he stepped into Bangabandhu’s library on the ground floor of that history-dappled house on Dhanmondi, that he was the husband of Sheikh Hasina.

I was there, as I usually was in those times, as part of a team around the Awami League chief. As Wazed Miah walked in, I asked him if he wanted to see anyone. He said he did. He was there to see Sheikh Hasina. All I could do was ask him to wait, hoping he would not be there for long since the Awami League leader was preparing for an Australian television interview. Moments later, Sheikh Hasina came into the library and asked him pleasantly what had brought him there. Soon she was introducing him to me. I swallowed hard and said hello to him.

And then, a few years later, I watched him welcoming guests to his daughter’s wedding. It was a huge affair, with hundreds of people, especially Awami League workers, gatecrashing the party. Wazed Miah, unassuming as always, stood at the gate with his son, happy in his role of father of the bride. You could see the basic decency in him, the humility that comes to men as they scale increasingly greater heights of academic excellence or intellectual brilliance. He was one of those men who did not remind you of his connections with the powerful.

If you saw him walking past you, you would never know that here was the son-in-law of Bangabandhu Sheikh Mujibur Rahman before you. Sometimes he could be pretty humorous about his place in life. In the early 1980s, he dropped by at Scholastica in Dhanmondi (where his children had taken admission and where I was a teacher) and loudly told Yasmeen Murshed, the principal, that he was the national son-in-law. And then he laughed uproariously. I heard his laughter from the classroom where I was busy teaching literature to the young.

Sometime in the evening of a June day in 1996, soon after Sheikh Hasina had been sworn in as Bangladesh’s prime minister, she and Wazed Miah made their way toDhanmondi 32, by then Bangabandhu Memorial Museum, to pay respects to the memory of the Father of the Nation. I was part of the happy crowd cheering their arrival. When the time came for the couple to leave the place, Sheikh Hasina went into her official limousine. A soft smile played on Wazed Miah’s lips as he asked me, “Will it be all right for me to get into the car with her? She is the prime minister, not me!”

I told him it would be perfectly all right. He wanted to know how. I told him about Denis Thatcher. He laughed and then got into the car. It was just his sense of humour at work. There was the self-effacing in him. Not once during his wife’s stints in power could he be spotted in public with her. He was his own man. As chairman of the Bangladesh Atomic Energy Commission, he did a thoroughly professional job. Those who remember him or worked with him will not easily forget the high self-esteem that defined his being.

On a day in the late 1990s, one of our counselors at the Bangladesh High Commission in London rang me in my office (I was minister press at the mission) to request me if I could come down to speak to Dr. Wazed Miah. I was surprised he was there and asked my colleague if there was no one else to give him company. It soon became apparent that everyone there was seeing the nuclear scientist for the first time. Besides, his being the prime minister’s husband had somehow had a subduing effect on the officials of the mission.

As soon as I entered the room, he beamed. “Ah, Badrul,” he laughed and said, “It’s so good to see you.” We talked for a while. He was passing through London on his way back home from a conference and had put up at a hotel. Tea was suggested. He did not want that. In his good-humoured way, he told me he had been in that room for a long time and no one had offered to treat him to a hamburger. Everyone burst into laughter. Hamburgers were ordered. And then eaten.

As Wazed Miah prepared to leave, he was offered the use of a mission car. I knew he would decline the offer and he did. He said he would use the Tube. I walked with him to Gloucester Road station. On the way, he regaled me with stories, all real ones. He spoke of Sheikh Hasina — ‘your apa’, he said. It was obvious how deeply he cared for her. I have reason to think he was always a tower of strength for her, an embodiment of the support she has always had from her family as she has pursued her political career.

M.A. Wazed Miah was, in the final analysis, a brave man. In the 1960s, when friends and even close relatives of Bangabandhu Sheikh Mujibur Rahman shunned the family of the future founder of Bangladesh, Wazed Miah went ahead, in the manner of an intelligent, ambitious, educated middle class Bengali young man, and married his daughter. The government was persecuting the Sheikh family, spies were informing on visitors and sundry enemies were bent on destroying the rising Bengali leader. It fell to Wazed Miah to keep his suffering in-laws in good cheer. He did a very good job of it.

And do not forget the eminently readable book he wrote, on Bangabandhu and his family.

Wazed Miah was a morally upright man. You cannot say that about so many others around you.