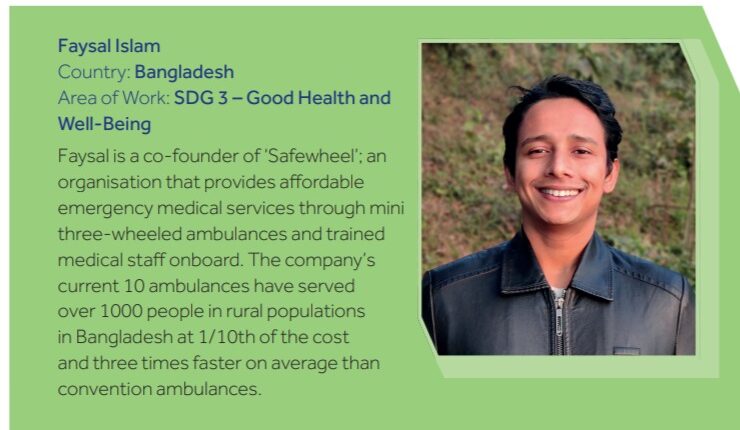 The awards recognise the contributions of young people whose projects are transforming lives in their communities and helping achieve the Sustainable Development Goals (SDGs). 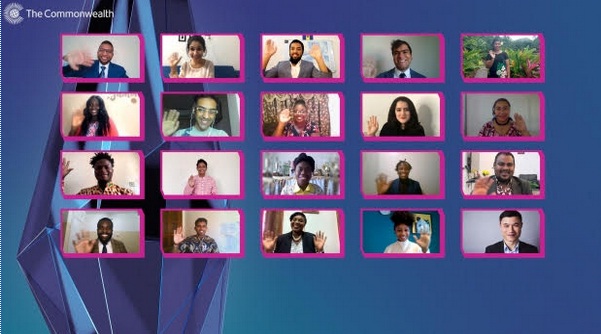 The winners were chosen from more than 1,000 entries received from 43 Commonwealth countries following a rigorous judging process. Each regional winner will receive £3,000 for their projects.

In addition to winning the regional award for Asia, Faysal from Bangladesh won the overall title of 2021 Commonwealth Young Person of the Year for his work and received a total of £5,000.

Sharing the motivation behind his project, he remembered his best friend who had a road accident but died due to the unavailability of an ambulance. His project, which offers low-cost ambulances and medical care, has served more than 1,000 people.

Dedicating the award to his parents, Faysal said, “I am extremely honoured to receive this award. This recognition will help my project grow even more and serve more people.”

Addressing the virtual ceremony, Commonwealth Secretary-General Patricia Scotland said, “With 60 per cent of the combined population of the Commonwealth under the age of 30, these awards are a vitally important expression of our collective commitment to young people.

“This means investing in you and with you, so that there are ample opportunities for you to empower yourselves and to engage more widely to bring change at all levels.

She continued, “Those being honoured with awards today show us what it is possible to achieve… Even in times of restriction and isolation we, as a Commonwealth family, can support each other and mobilise for dynamic change and progress.”

This year, ten young people from ten countries were also recognised as ‘COVID-19 Heroes’ for their efforts in addressing the challenges posed by the pandemic in their communities.

The awards were hosted virtually for the first time due to the pandemic. The ceremony was live-streamed on Facebook and aired in partnership with media outlets. For nearly two decades, the awards have brought the innovative, scalable and replicable projects of young people to the forefront of global leadership and have kicked local projects into the international arena.