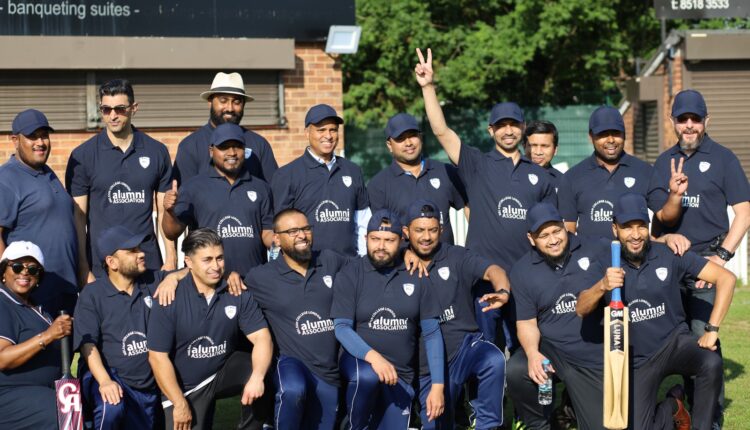 London: Much pride was at stake when two renowned Colleges met to hear the sound of wood on willow and to play each other at cricket. Actually, there was not quite so much of the wood on willow, as the match was played with a taped ball to minimise the need for protective clothing! The match was played at The Clubhouse, in Valentines Park, in the London Borough of Redbridge, on Wednesday 22 September 2021.

The match really was all to play for, as the colleges – Nelson College London and London Churchill College – have met twice previously, with each winning one game apiece; so, the game was set to pitch one of them into the ascendency! The teams comprised teaching and academic staff, alongside students. The NCL team was specifically playing on behalf of their alumni students, reflecting their stated aim to support their students not only through their education, but into their working life beyond the College.

The weather remained supportive of the occasion, with late September sunshine shining over the pitch and the players, in their College’s colours.

Making the event a truly sporting and collaborative one, all the players, their supporters and even some family members were all treated to some post-match food and drinks, provided by The Clubhouse.

The final result, to the jubilation of the London Churchill College team, was a win to them, by34 runs. This will have made their return journey to Upton Park all the sweeter. Sportingly, the losers congratulated the winners – although also immediately laying down the gauntlet for a further return match, to return the honours to even!