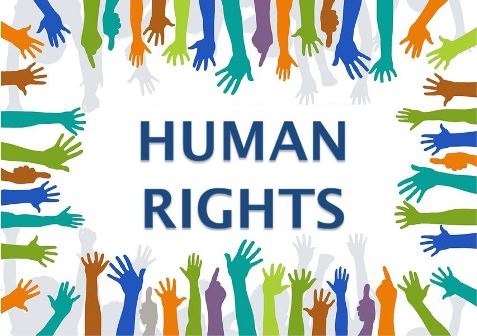 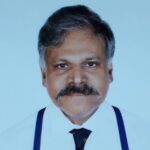 UN Special Rapporteur on the promotion and protection of the right to freedom of opinion and expression, Irene Khan, in her 2021 report titled Disinformation and Freedom of Opinion and Expression, states that disinformation is a threat to democracy and human rights. In the same report, she contends that suppressing such disinformation with strict measures also goes against the spirit of human rights. Apparently, both spreading disinformation and its heavy-handed regulation give rise to a dilemma. So she urges that the government should be more tolerant in ensuring the enjoyment of freedom of speech. In this way, people will be able to detect  disinformation and can accordingly counter the harmful impacts emanating from it. Globally, there are innumerable instances of how disinformation is being used as a tool of propaganda to curtail the enjoyment of human rights. This is evident from the intent to destroy the Rohingya in our neighbouring country Myanmar where disinformation was spread to incite Buddhists to kill Rohingyas. More than one million Rohingyas, as a result, became refugees and were left with no choice but to take shelter in Bangladesh.

Recently, a concerted effort to spread disinformation against the human rights situation in Bangladesh is noticeable. On 10 December 2021 i.e. on the last International Human Rights Day, the US Treasury Department imposed sanctions against the Rapid Action Battalion (RAB) of Bangladesh, along with its six former and the then current senior officers. Following that, a rally has been called out in London on 10 December 2022 with the initiative of some fringe organisations. In this regard, a leaflet was also published titled Human Rights Day Rally : Human Rights in Bangladesh- A Cry for Help. Organisers of the rally demanded sanctions against Hon’ble Prime Minister Sheikh Hasina. In the leaflet, circulated for the rally, they wrote “Sanction Hasina & Her Death Squad’’. This leaflet contained disinformation about the human rights situation in Bangladesh. Not only that, while it is true that the sanctions have been imposed, the organisers of the rally, by demanding the imposition of sanction against the Prime Minister, made it clear that they are singing the same tone as a certain political party of Bangladesh.

The leaflet has begun with a claim that 631 people have been abducted and disappeared by the government. However, the source of such information was not revealed. Similarly, the duration during which such cases of enforced disappearances occurred was not mentioned. A baseless accusation claiming almost the same number of enforced disappearances cases was made by a human rights organisation in Bangladesh. The organisation claims that a number of 638 people have gone missing. In the same vein, the Hong Kong-based human rights organisation Asian Human Rights Commission claims that 619 people have been the subject of enforced disappearances. As it turns out, none of the data from these three sources is below 600, which is way more than the number claimed by the United Nations Working Group on Enforced or Involuntary Disappearances. However, we must also remember that the UN working group, in its report, enlisted two foreign nationals, 10 persons living with their families and 28 persons facing criminal charges. Most of these 28 persons were already accused of criminal offences. Some of them have been arrested in drug cases, while others have been arrested due to their involvement in terrorist activities. Some of the persons on the United Nations list have been found in prison in various cases. Apart from that, it does not seem implausible that many of the accused in the case have absconded just to evade criminal prosecution.

The International Crimes Tribunal continues to prosecute those who were involved in the genocide of the Bangladesh Liberation War. They are being tried in accordance with international standards. If a party is aggrieved by the judgement of this tribunal, the party has the right to appeal. In this case, the International Crimes (Tribunals) Act, 1973 was a hindrance especially for the government. In the original Act, as the government or complainant had no right to appeal, the accused would get unequal treatment. As a result, when Quader Molla was sentenced to life in 2013, a huge movement took place in Shahbag demanding provision to be amended so that the complainant, government or informant has the right to appeal and by dint of which an appeal for death penalty could be filed. The public demand eventually resulted in the parliament amending the provision of the Act. However, in the said London leaflet the trial and prosecution of those crimes against humanity have been termed ‘judicial killings’. It is clearly manifesting their malafide intention to tarnish the image of independent and sovereign Bangladesh at home and abroad.

Subsequently, as a reaction to the judgments pronounced in the Tribunals, Jamaat-e-Islami, the anti-liberation war political force, started rioting across the country to stall the movement of supporters of the liberation war in Shahbag. Moreover, religious minorities were oppressed and their human rights were violated. But the leaflets published from London mention about three fabricated mass murders in the name of Shapla Chattar Massacre, Bogra Massacre and Satkhira Massacre. The opposition party’s politics of toppling the government and politics of fabricated numbers revolving around the Hefazat-e-Islam’s assembly at Shapla Chattar evinced their lust for power more than their commitment to upholding human rights. Therefore, there are a good number of reasons to suspect that the same group has reactivated themselves with the same intention and motive.

Indeed, upholding the rule of law in Bangladesh comes with a lot of limitations and challenges which requires us to put our best efforts in this regard. Again, in the eyes of law, everyone is equal and that is irrespective of a person’s socio-economic background or social status. The responsibility of the judiciary is to safeguard the human dignity of every person. However, it is not the same in all cases. Nevertheless, the question remains if it is really necessary to oppose every time a positive action in favour of the rule of law is undertaken. As Begum Khaleda Zia is the chairperson of a major political party, should she remain beyond the reach of the law? The court sentenced her based on evidence. Still considering her age and health, the government released her on parole. The period of parole is being extended from time to time. But it seems that their demand for release of Begum Khaleda Zia seems viable only if they want the total annihilation of the rule of law in this country.

Currently, a number of 34 TV channels are being broadcast in Bangladesh. Among these, the number of  privately owned TV channels is 30, some of which are owned by persons belonging to the opposition political party. On top of that, there are about 1200 newspapers. Yet claims are being made, indeed, spurious, that the government is shutting down ‘neutral’ newspapers and TV channels. Likewise, there are plenty of examples of equally fake information that can be drawn from the leaflet.

It is easy to be an armchair human rights activist. But in reality, upholding human rights for the common people is a herculean task. It becomes more challenging to turn the promise of human rights into reality, especially when there remains a set of legal provisions having its roots in the repressive colonial period. In 1971, the heroic people of Bangladesh liberated their country by sacrificing an ocean of blood. During the liberation war, we promised that we would establish equality, human dignity and social justice in our country. We have not succeeded in all cases, but the fight is going on. And this fight is our very own fight. However, a section of politically biassed individuals are doing this purposeful activities by resorting to the language of human rights as a sham to achieve their political gain. Despite this grim scenario, our endeavour for human rights will keep striving.

No democratic state in the world has entitled its citizens the right to spread hate speech. At the same time, international human rights law does not acknowledge this as human right. Yet, by abusing civil and political rights, hatred is being spread against Bangladesh. It is doubtful whether any person having a sense of justice would support such activities. Moreover, whatever the purpose of so-called campaigning and demanding sanctions against the Prime Minister of a free and sovereign state is, it is evident that committing themselves in upholding human rights is not their purpose. No patriotic citizen would spread disinformation against the country and stain the country’s image while sitting abroad.

Bangladesh is progressing with many positive indicators. Bangladesh’s economic growth has increased even during the Covid-19 pandemic. We are in a better position than many countries in dealing with Covid-19. Whereas neighbouring country India was in a very challenging position to handle the situation, the current government of Bangladesh has achieved noteworthy success. At the same time, it should be kept in mind that the right to health is not an enforceable right. Conscious citizens and human rights activists should demand that the right to healthcare and other socio-economic rights be recognized as enforceable rights. Besides, the scope and practice of civil and political rights should also be extended. In this regard, although the responsibility mostly lies in the government,  the opposition parties and civil society should actively take part in implementing the promises of human rights as enshrined in the Constitution of Bangladesh.