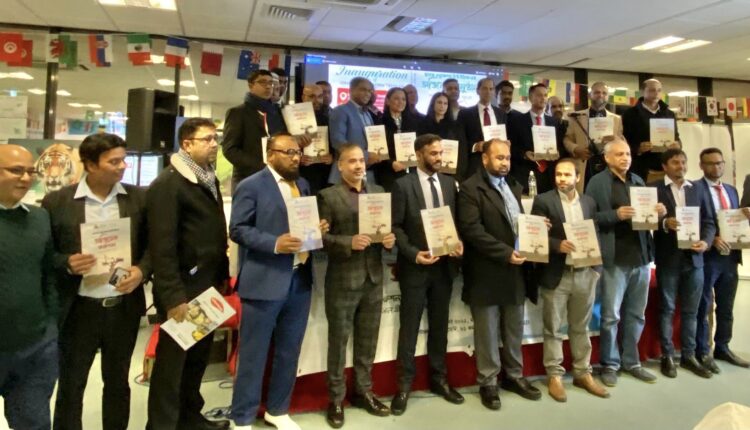 London:  The inaugural of Chhatak Education Trust UK was held on 22 November at the London Enterprise Academy, East London.

S M Shujon Miah, the organisation’s patron, presided over the inaugural ceremony, and former Cllr Ruhul Amin conducted the event, while Labour Party MP from Bethnal Green and Bow constituency Rushanara Ali was present as the chief guest. Zahid-ul-Islam, Minister (Political) of Bangladesh High Commission in London, was present as the special guest.

A fifty-one-member executive committee with Ruhul Amin as its president, Ansar Ahmed Ullah as general secretary and Askar Ali as treasurer, was announced at the event. Zahid-ul-Islam, Minister (Political), conducted the oath-taking ceremony of the members of the newly elected executive committee.

In her keynote speech, Chief guest Rushanara Ali MP said that the formation of the trust was a great initiative. She expressed optimism that the underprivileged people of remote areas will benefit from it. She also called on the members of the trust to prioritise women in the field of education and engage more women in the trust. Special guest, Zahid ul Islam said that he hopes the trust will provide support and assistance in the education of poor, neglected and underprivileged boys and girls of the Chhatak area.

In the event’s second phase, there was a cultural programme led by renowned singer Himanshu Goswami and Shatabdi Kaur. They were supported by Amith Dey and Pappu. A souvenir was published to coincide with the event edited by joint secretary Ananta Kasem. Guests were treated to Bengali cuisine.