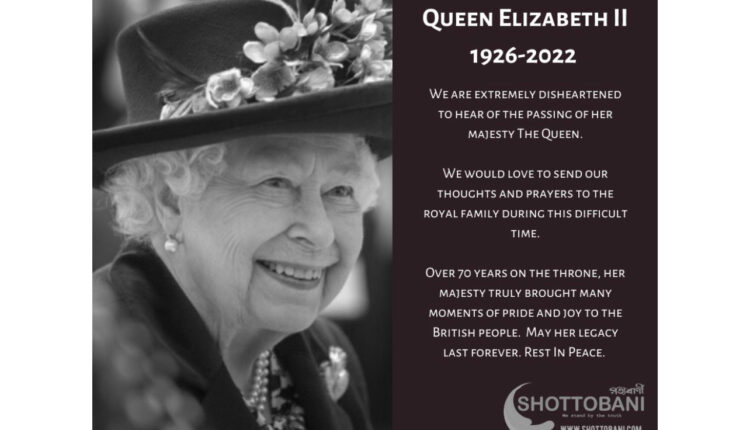 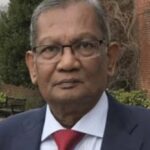 She was not born to be a queen, but when she was only ten years old, her father was proclaimed King George VI following the abdication of her uncle King Edward VIII. She then knew that she was destined to be a monarch and when she was only 25, Princess Elizabeth became Queen Elizabeth II to reign for 70 long years and become the longest reigning British monarch.

The passing away ‘peacefully’ of Queen Elizabeth II in her favourite place Balmoral in Scotland brought an end to the long reign that was marked by her strong sense of service and duty and her resolve to devote her life to her people. By any account, her reign was a historic one – a reign that was wonderfully woven with dignity and serenity, which won the admiration of millions of people not only in the United Kingdom and the Commonwealth but all around the globe.

From an early age, Queen Elizabeth II prepared herself for the life of service that lay before her. During her first ever overseas tour in 1947 the then Princess Elizabeth on her 21st birthday said in a radio broadcast: “I declare before you all that my whole life, whether it be long or short, shall be devoted to your service and to the service of our great Imperial family, to which we all belong”. Queen Elizabeth II had indeed devoted her life to the service of her people and she did it with great humility – never has a pledge been so diligently fulfilled.

Queen Elizabeth II during her long reign had visited more than 120 countries although her last official foreign tour was in 2015 and she was the first British monarch to have visited the Middle East. She had met more of the world’s political and religious figures than any other international leader in the 20th century.

There were 14 US Presidents during her reign and only one of them (LBJ) was unfortunate not to have met her. There were 15 Prime Ministers of the United Kingdom since she became Queen and what is truly remarkable is the she anointed the latest Prime Minister of the UK Liz Truss only two days before her passing away.

During both happy and difficult times, she was with her people, being a great source of strength, hope and inspiration. She celebrated her 25th, 50th, 60th and 70thanniversaries of her ascension to the throne with great fanfare with people from all walks of life. Also, during the Covid-19 pandemic, the Queen made a rare speech to lift the morale of the people. Evoking the spirit of the Second World War, she said, ”Weshould take comfort that while we may have more still to endure, better days will return”. She concluded this hugely defining speech with these words, “We will be with our friends again. We will be with our families again. We will meet again”.

Problems within her family posed some of the most difficult times for Queen Elizabeth II. The 1990s proved to be very trying years, as she saw three of her four children getting divorced. And, there was the devastating fire at Windsor Castle. In a famous speech, she said, “1992 is not a year on which I will look with undiluted pleasure. In the words of my more sympathetic correspondents, it has turned out to be an annus horribilis”.

Following the death of Princess Diana, the Queen had initially stayed in Scotland, keeping her grandsons Prince William and Prince Harry away from London. Her response came under wide criticism. The then Prime Minister Tony Blair persuaded her to return to London and she made an unprecedented broadcast to the nation praising Princess Diana, the day before her funeral. The Queen was seen bowing her head as a mark of respect when the hearse carrying the late Princess’s coffin passed by Buckingham Palace.

Prince Philip, Duke of Edinburgh was a pillar of support to Queen Elizabeth II. They met in their early teens, fell deeply in love and got married in 1947. Theirs was a marriage that lasted 73 years – Prince Philip died in April, 2021. The Queen described her husband as her ‘strength and stay’ and she had a great faith that they would one day ‘be reunited’.

During their visits to all parts of the world, Queen Elizabeth II and Prince Philip, the Duke pf Edinburgh, visited what is geographically Bangladesh now twice and I was fortunate enough to have seen the Queen, in flesh as it were, on two occasions. During their visit to erstwhile East Pakistan in 1961 the royal couple visited the port city of Chattogram for a few hours. School children of the city were lined up to welcome the royal visitors along the route from Patenga Airport to Circuit House where a reception was accorded to the British monarch. The students of our school were placed right outside the airport and we were the first to see the royal visitors as they came out of the airport. The Queen and her husband landed at the airport in a BOAC (British Overseas Airways Corporation which was to later become British Airways in 1974) along with the then Governor of East Pakistan, Gen. AzamKhan. I vividly remember the Queen accompanied by the Governor going past in an open car followed by Prince Philip and Mr David Khaled Power (DK Power), the then Deputy commissioner of Chattogram in the second car as we were waving the Union Jack flags. We did the same a few hours later when the Queen returned to the airport on their flight back to Dhaka.

It was just by accident that I saw the queen once more. It was an autumn evening in London in 2003. As I emerged out of Temple Underground Station and was on my way to the BBC office in Bush House, I heard the sound of two motor bikes passing by. As I turned my sight towards the bikes, I saw the Queen on her own in the royal vehicle passing by followed by two more motor bikes. The car was driving slowly as it turned left into Strand, most probably on its way to Buckingham Palace. That was the security arrangement for the Queen – two motor bikes in front and two more behind the royal car.

It would be very difficult to gauge what life would be like without Queen Elizabeth II who for over seven decades had become a constant presence in every aspect of national life – her annual Christmas message, laying a wreath at the cenotaph on Remembrance Sunday, conducting the state opening of parliament. Queen Elizabeth II, was a truly remarkable monarch who served her country and Commonwealth until the very end.

After long 70 years, people would have to get used to saying ‘Long Live the King’ after the departed Queen’s eldest son was proclaimed as King Charles III. Although it will be an extremely difficult act to follow, the new King has renewed her pledge to serve the people.

People in their thousands have been paying their tributes to their beloved Queen by placing floral wreaths at the gates of all royal palaces throughout the United Kingdom and I would like to echo the feelings of one royal fan who in her tribute to Queen Elizabeth II wrote in the card attached to her flowers, “Your service is complete. Prince Philip is waiting”.