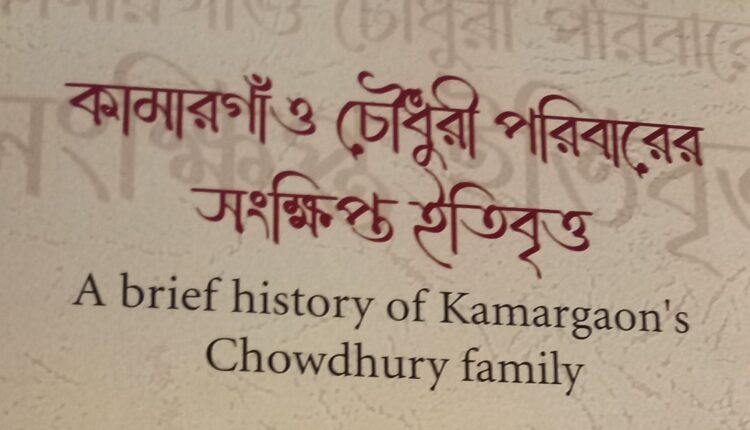 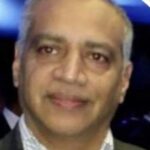 In the book ‘A brief history of Kamargaon’s Chowdhury family’ Matiar Chowdhury took the gigantic step of tracing his ancestral family history and compiling a book about it. It is a mammoth task that took several years, especially to delve into historic archival materials, the personal collection held by relatives, his father’s note book, historical documents and personal testimonies. In his research, he traces back to hand written note written in 1377 (Bengali year) by Abdul Majid Chowdhury.

In the book, he traces the family tree of various members of the Chowdhury family. Matiar Chowdhury’s own story is that he was born in Sylhet. He spent his childhood in Habiganj’s Nabiganj Upazila No. 4 Digalbak of the Union No. 6 Ward Puradia Mouza (Noorgaon) Puradia village. Matiar Chowdhury belonged to an aristocratic religious landlord family. His family covered Sikh Sunaita and Agna Pargana wide area, currently Moulvibazar – Osmani Nagar – Jagannathpur and Nabiganj Upazila. Matiar Chowdhury’s ancestral family came from Indian Gujarat for religious reasons in the 17 century. Upon arrival, they settled in Agna Pargana’s Karimpur. Mahendra Chowdhury (Manai) Thakur) converted to Islam. Religion Of acceptance the middle With Fire Pargana Kamargaon In the village Settlement Placement Does. The current residents of Kamargaon, Nurgaon and Puradia are the successor ofLandlord (Zamidar) Mahendra Chowdhury.

All of this is described in detail in the book. The book has 336 pages, 255 sections, and many photos, including a photo album at the back. The hardback edition is published by Md Nawab Ali of Bashia Prokashony from Sylhet, 2021. The cover is designed by Ridoy Rajib and is printed by Ekattor Offset.

Although the book ‘A brief history of Kamargaon’s Chowdhury family’ is about Matiar Chowdhury’s family history, historians and anthropologists interested in local history, especially that of Nabiganj, will find this book helpful in compiling a comprehensive history ofGreater Sylhet. The book will also benefit future generations to come. Through the family history, the book covers the historical period of the Indian sub-continent and that of Bengal and Sylhet within it. The timeline covers the Second World War to the partition of India in 1947, the creation of Pakistan, the Bengali language movement of 1952 and finally, the creation of Bangladesh in 1971.