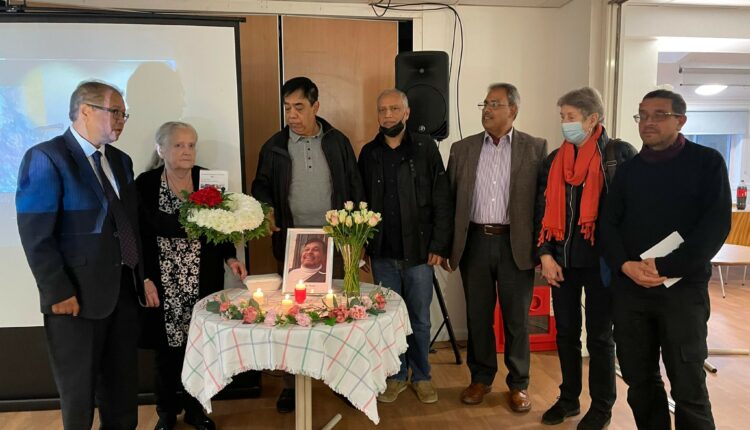 The veteran anti-racist activist Rev Aloke Biswas passed away on 2 October in Kolkata, West Bengal, at his residence. He had been suffering from multiple ailments and was in his 70s when he died.

The memorial service opened with a prayer by Mitu and a reading from the Bible by Trisna. Then, pastor Tony Uddin highlighted Rev Aloke Biswas’s life, his quest against injustice and his activism with the Christian community. Following screenings of video clips of Aloke Biswas, some of his former anti-racist colleagues from the 1970s paid their tribute. Amongst them was Rajonuddin Jalal from the Bangladesh Youth Movement, Shiraj Haque & Rafique Ullah from the Bangladesh Youth Front, Cathy Forrester, Clare Murphy, Ansar Ahmed Ullah and Raju Nathan from the Altab Ali Foundation. They all stressed his strong stance against racism and his lifelong commitment to humanity. Rich tributes were also paid by the members of the Bengali Christian Fellowship. They including Nikson Robinson, Almas, Andrew, Nicholas, Mitu, David and Sinthia.

Aloke Biswas was one of the most prominent anti-racist activists of the resistance movement in the 1970s in East London. He will be remembered as a key figure in East London’s Bengali community for his tireless work towards empowering the community. On behalf of the Altab Ali Foundation, his former colleagues Rajonuddin Jalal said, ‘He was a good friend and brother to many of us and our colleague in our fight against racism.’