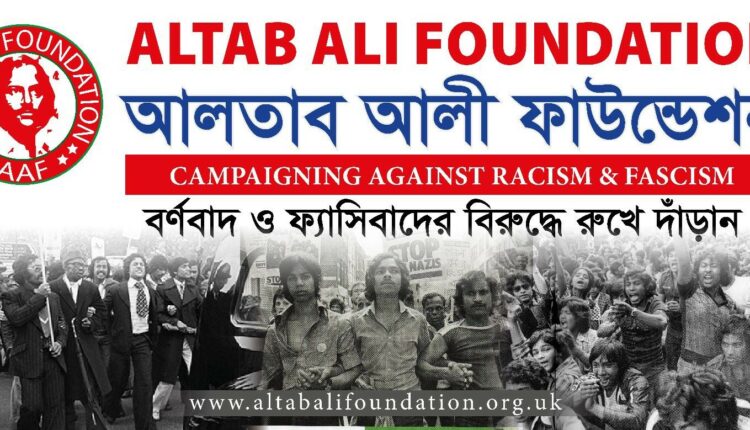 The journey of the far-right into Government 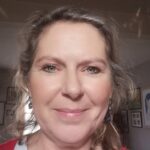 On a day in November when the ‘National Front’ was trending on Twitter, Jan Fuscoe reports on her findings as a researcher with the ‘Brick Lane – A Turning Point’, a project examining racism in the ‘70s.I’d seen parallels with the increase in racist narratives during the run-up to the Brexit referendum, and not just by the usual suspects. The BBC seemed particularly irresponsible by regularly platforming far-right politicians; Nigel Farage appeared on its flagship ‘Question Time’ programme no fewer than 35 times.

I made a timeline of events comparing ‘then’ and ‘now’. What I hadn’t expected to see was a continuous line of far-right politics. It never went away. But today its dissemination into the mainstream is more sinister. Gone are the National Front papers being sold on street corners in the East End; now racist propaganda is being streamed straight into people’s Facebook feed. And those pushing the racist narrative are not poor, disenfranchised whites, but millionaires, members of the establishment, and shady ‘behind the scenes’ strategists. Perhaps they always were, aided by a predominantly right-wing press. But today the methods are even more opaque.

I discovered that the first data-mining company was set up more than 30 years ago, as was the low-tax, anti-regulation thinktank ‘Taxpayers’ Alliance’. The now familiar ERG (European Research Group) was set up in 1993, and its members have included Chris Grayling, Michael Gove, Iain Duncan Smith, Liam Fox, Priti Patel, Jacob Rees-Mogg, Andrea Jenkyns, and Mark Francois. Today many of these people are at the heart of government.

Having emerged from the fringe, these libertarians seek to reduce the role of the state and remove the ‘red-tape’ that stifles business. What this actually means is that hard-fought for rights – human, social and legal – are being scrapped faster than anyone thought possible.

The selling-off of profitable parts of the NHS (including valuable personal data) has already begun. Dominic Cummings’ ‘hard rain’ war against the Civil Service has been described as a ‘rolling coup’

‘It starts with the civil service then moves on to the judiciary and the BBC. In the absence of a written constitution, we depend on rules and conventions to provide checks and balances on an over mighty executive.’ Jonathan Powell, 29 June 2020 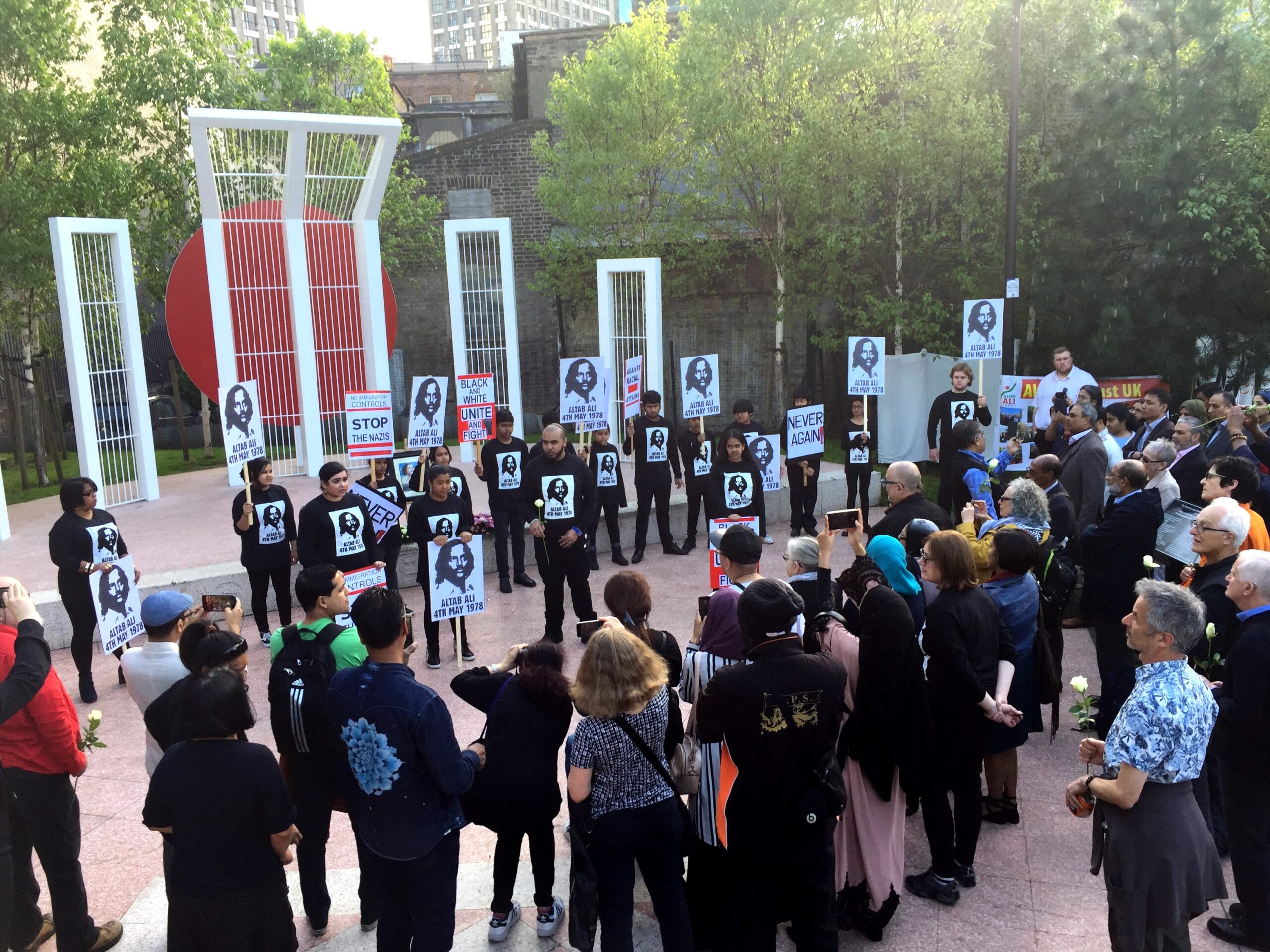 But the effects on people of colour are of particular concern. The loss of ‘freedom of movement’ post-Brexit was framed as ‘taking back control’. The ‘Windrush’ scandal of deporting of those without documentation (not unrelated to the destruction of any evidence of ‘right to remain’) has been quickly followed up by Priti Patel’s hostile immigration policies that include measures to limit access to work, housing, health care, bank accounts, and to reduce and restrict rights of appeal against Home Office decisions. The majority of these proposals became law via the Immigration Act 2014 and have since been tightened or expanded under the Immigration Act 2016. Such measures can only increase levels of racism and racist abuse towards those seen as ‘foreign’.

The Coronavirus Bill of March 2020 introduced increased police powers. ‘Given the extent of the new powers, and the inherent institutional racism of the police, we have little reason to doubt that people of colour will be disproportionately targeted.’ Kevin Blowe, coordinator for the Network for Police Monitoring

During lockdown, between March and May 2020, the Metropolitan Police carried out 22,000 stop-and-searches on young black men. In 80% of cases, no further action was taken. On the 17 July, video footage emerged of two police officers arresting a black man in Islington, north London. Lying on the ground, with one of the officers kneeling on his neck, the man is heard to say ‘Get off me… get off my neck’.

The decision to reduce numbers of jurors, or doing away with juries altogether, will further threaten the right to a fair trial.

‘A panel of three is not the same as a jury of randomly-selected men and women from different backgrounds and of different ages, who bring their collective life experience to bear when evaluating the evidence.’ Lord Burnett

‘I have concluded that far from ‘protecting and advancing the principles of justice’ and ‘delivering a world-class justice system that works for everyone in society’ tinkering with the jury system and considering removing it altogether in certain types of case is risking the opposite.’ Tana Adkin QC, barrister at Charter Chambers and member of the Bar Council’s Retention Panel

In an environment where racism is propagated on a daily basis, the loss of many of these constitutional rights may not immediately be flagged as significant losses to our democratic systems, but the impact on the poor, the disenfranchised, and people of colour will be devastating.

And finally, the government’s proposals to limit judicial review, which will include time limits and more onerous costs, will mean that it will be more difficult to bring a judicial review or for an application for such a review to be successful.

There has never been a more important time to have independent, forensic, reporting. And the mainstream media has proven that it isn’t up to the task.

1991 Anti-Federalist League formed to campaign against the Maastricht Treaty.

2004 Taxpayers’ Alliance think tank set up by Matthew Elliott. Based at 55 Tufton Street.

2006 Conservative Future the largest political organisation on British campuses, and the estimated membership, including members on campuses and through constituency associations may once have totalled 20,000.

2008Lynton Crosby, strategist, master of the ‘dark arts’ behind Conservative campaigns for the 2008 mayoral election

Lynton Crosby, strategist, master of the ‘dark arts’ behind Conservative campaigns for the 2012 London mayoral election

2013 Cherish Freedom Trust (ostensibly a charity) set up ‘to bring Margaret Thatcher’s legacy, values and achievements to life for the wider public from around the world’. Idea championed by Donal Blaney who becomes Chief Exec. His CWF headed notepaper: ‘Conservative Way Forward and CWF are trading names of Cherish Freedom’.

201887 million Facebook users had data harvested, including 1 million in the UK.

(Jan Fuscoe is a researcher on the ‘Brick Lane – A Turning Point’ project, a collaboration between Four Corners and Swadhinata Trust, in partnership with Paul Trevor. The exhibition will take place in 2022)

CPRMB mourns the loss of its president Devashish Das